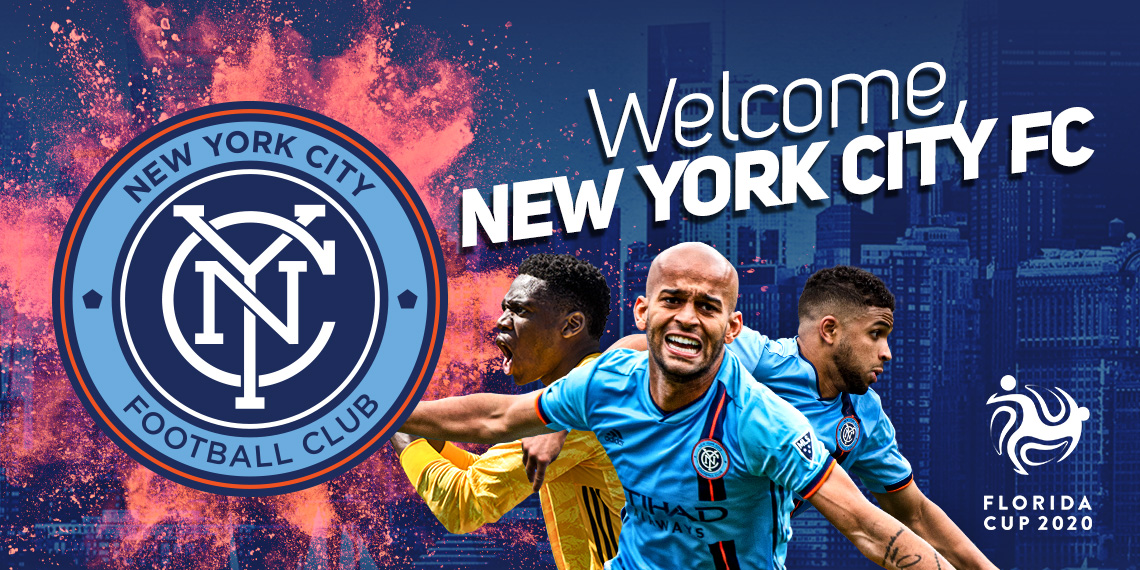 Orlando, Fla. – November 20, 2019 – Officials with Florida Cup 2020 today announced the addition of Major League Soccer’s New York City FC to the list of clubs participating in the sixth annual friendly event, the Florida Cup in January. NYCFC remains the fourth club to participate in the annual event. Spartak Moscow were forced to withdraw from Florida Cup 2020 due to deadline complications related to their visa application.

“We are thrilled to welcome NYCFC into our international preseason platform,” said event CEO Ricardo Villar. “We look forward to hosting them as they prepare for their first Concacaf Champions League.”

NYCFC finished first in the Eastern Conference in the 2019 season, thereby qualifying for the Concacaf Champions League in 2020. The Florida Cup provides the club with a first-class opportunity to prepare for their first Champions League matches in a competitive setting against some of the top clubs from South America.

NYCFC striker and Brazil native Héber said: “Corinthians and Palmeiras are two of the biggest clubs in all of Brazil. They play great football in front of some of the best supporters in all the world. When you think of Brazilian football, you think of Corinthians and Palmeiras. Both teams are known for producing world class players, most recently Gabriel Jesus for Palmeiras, so it will be an incredible opportunity for us to play against them.

“It will be very important to play against these teams as we prepare for the season ahead. We will measure our team’s strength against two of South America’s best clubs. This will help us prepare, not only for the MLS season, but also the Concacaf Champions League where we will face teams with the same playing style and technical level.”

Below is the updated match scheduled featuring unique match-ups that have become the hallmark of the competition. The event will feature two double-header match days at Exploria Stadium in Downtown Orlando.

Tickets for the 2020 Florida Cup are available for purchase on www.floridacup.com. 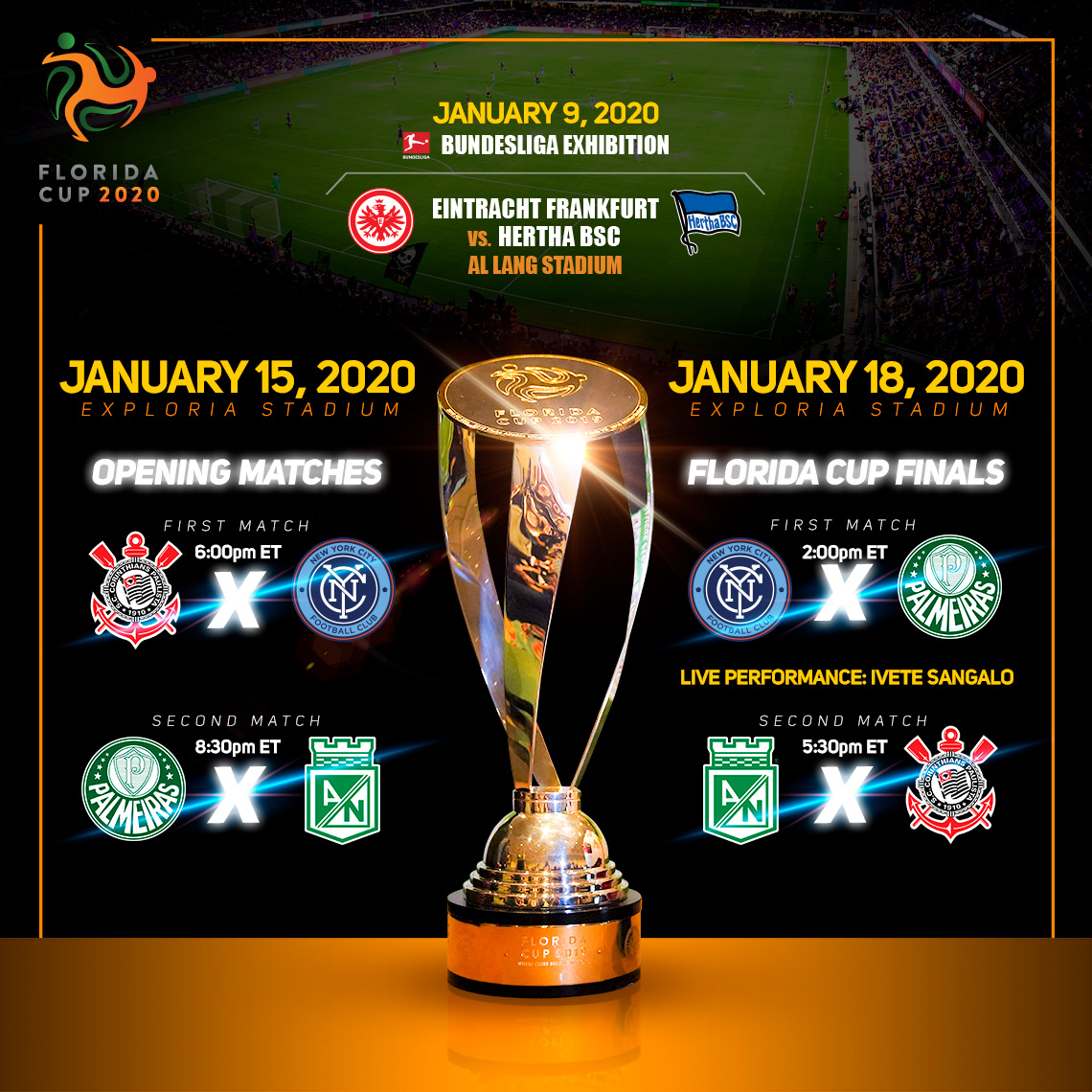 The largest annual international soccer event in the Sunshine State, the Florida Cup is already a January tradition in Orlando, Florida. In six years, the Florida Cup has become a global platform that combines sports, music and entertainment.

In 2019, the live attendance of the event exceeded 40 thousand people with international TV audience reaching over 5 million unique viewers. Across social networks, the content posted by the official accounts of the event as well as the postings of the influencers present at the event had a reach of more than 100 million people. For more information on the Florida Cup, visit www.floridacup.com, or follow us on Facebook, Twitter and Instagram.