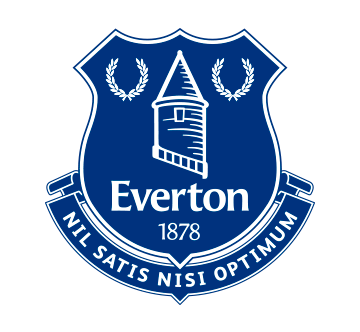 One of the 12 Founder Members of the Football League, Everton has spent more seasons in England’s top division than any other Club (118) and been crowned league champions on nine occasions.

Founded in 1878 as St Domingo, the Club has also lifted the FA (Football Association) Cup five times and, in 1985, added the European Cup Winners’ Cup to its prestigious haul.

Throughout its 142-year history Everton has been known as a family-oriented Club based on proud traditions, affectionately referred to as ‘The People’s Club’. Those traditions have also encouraged innovation, ensuring Everton has remained one of the great pioneering Clubs in the history of the game. The first Club to construct a purpose-built football stadium, Goodison Park is one of the most revered stadiums in England. In the coming years the Club will be looking to maintain those traditions in a new 52,888 capacity stadium at Bramley-Moore Dock, ensuring the Club’s roots remain in north Liverpool for generations to come.

Matches will kick-off in the evening

Travel packages to make your Florida Cup experience complete are available in many forms. From tickets and hotels at Universal Orlando Resort to airfare from Colombia and more, we’ve got you covered. To reserve a vacation package to Universal Orlando and the Florida Cup, or for additional information, please contact your preferred travel professional. Already have your game tickets? Universal Parks & Resorts Vacations is offering travel packages to help you make the most of your stay in Orlando. Combine your hotel and theme park tickets to create a complete Universal Orlando Resort vacation. The more nights you stay, the more you save. Coming from somewhere in the U.S. and want to bundle your Florida Cup tickets with a stay at Universal and theme park tickets? Click here to learn more.